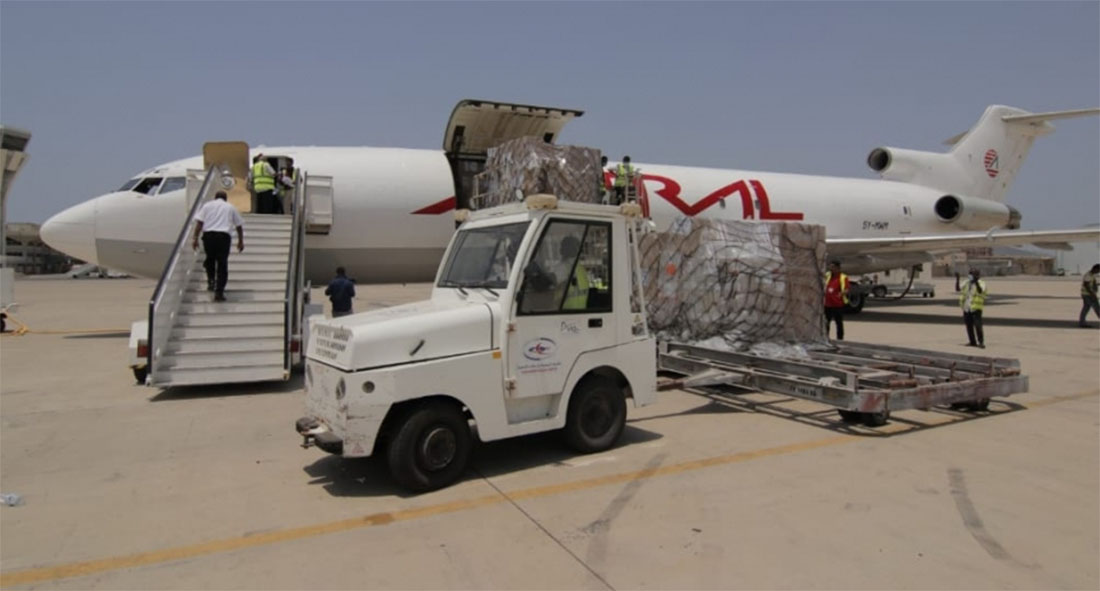 More than 200 tonnes of humanitarian aid was transported to support the people most affected in the region due to the current crisis.

Sanjeev Gadhia, CEO of Astral Aviation said, “We have done over 50 flights during the pandemic for 1000 tonnes of medical cargoes into Sanaa and Aden, and have done 300 flights since the conflict began in Yemen.”

Astral Aviation has been playing an important role in humanitarian aid in Yemen. As part of the Polio Endgame Strategy 2019-23, with UNICEF it has operated a Fokker 27 from Nairobi to Yemen via Djibouti in December 2019. More than 4.5 tonnes of the oral polio vaccines for around 4.5 million children under 5 years of age were carried.

The carrier was the first to land at Sanaa in 2017 after the Saudi-led coalition lifted a three-week blockade.

It has operated in excess of 180 humanitarian charters into Yemen in the past 3 years for various organisations.

Amid the coronavirus pandemic, the EU is flying more than 220 tonnes of emergency relief supplies into Yemen to support the people most affected by the world’s worst crisis.

Amid the #coronavirus pandemic, the EU is flying more than 220 tons of emergency relief supplies into Yemen to support the people most affected by the world’s worst crisis.

Thanks to the joint efforts of Sweden and the EU. #StrongerTogether 🇸🇪🇪🇺🤝 pic.twitter.com/eqikf2eG6l

Value-added product suitable for shipments such as mobile phones, computers, bank-notes, precious metals and gemstones (legitimate), election    materials and telecom-cards, which require a higher level of security and attention.

Premium air-cargo product for urgent and time-sensitive shipments to the Astral network.

A complimentary service for the carriage of perishables such as Cut Flowers, Fresh Fruits, Vegetables, Meat and Fish